Janet Brown, author of Tone Deaf in Bangkok, asked me to take part in The Next Big Thing, a short interview which
highlights authors and their new or forthcoming books. 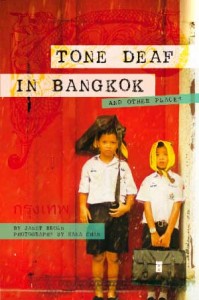 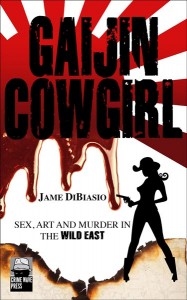 Gaijin Cowgirl is a high octane adventure introducing Val Benson, flaky Tokyo hostess and utterly unreliable protagonist who stumbles across a map to one of the greatest treasures lost in World War II. With yakuza, motor cycle gangs, rogue CIA, treasure hunters, pimps, Thai boxers and her Congressman father hot on her trail, Val burns a trail of death and destruction across Japan, Hong Kong, Thailand and the Burmese borderlands to get her delicate hands on the loot before someone less deserving does.

Jame is an award-winning financial journalist and editor based in Hong Kong. He is author of the non-fiction The Story of Angkor (published by Silkworm Books in 2013) and blogs at http://asiahacks.com. 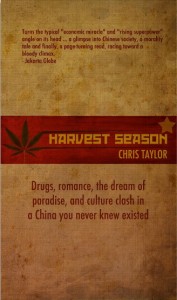 Chris Taylor wrote travel guides for Lonely Planet for many years. He also wrote a China based novel called Harvest Season, which is rather good and which I reviewed in The Asia Wall Street Journal a while back.

When a travel writer retreats to an idyllic valley in the mountains of Southwest China where the weed grows wild on the mountain slopes, he finds his vision of paradise pitted against a new breed of travelers who want to bring the party to town. The scene is set for a clash that will change the valley forever. 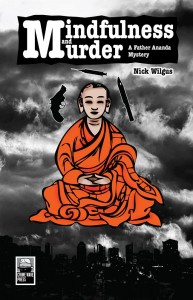 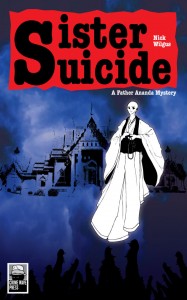 Nick Wilgus is the creator of the Father Ananda Mystery series, published by Crime Wave Press.

Nick Wilgus lived and worked in Asia for many years. Titles in his Father Ananda murder-mystery series, which include Mindfulness and Murder, Sister Suicide and Killer Karma, have been translated into French, German, Spanish and Italian.

An award-winning movie based on Mindfulness and Murder was released in 2011 by DeWarenne Pictures in Bangkok and nominated for Best Screenplay by the Thailand National Films Awards 2012. See the trailer here. 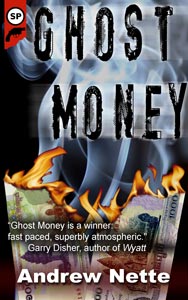 Andrew Nette is the Australian author of Ghost Money, a tense crime novel set in the Cambodian capital Phnom Penh, and a book about Cambodia in the mid-nineties, a broken country, and a book about what happens to people who are trapped in the cracks between two periods of history, locals and foreigners, the choices they make, what they do to survive. 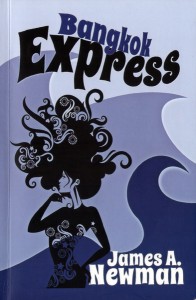 James Newman is an up and coming writer of Bangkok pulp whose newest title is the fast-moving Bangkok Express, which follows insurance investigator Joe Dylan as he uncovers criminal and bloody shenanigans from Bangkok to Ko Samui. Bangkok Express is an uneven debut by an author who writes full throttle and never looks back. Great beach read.

The Next Big Thing Interview – The Cambodian Book of the Dead 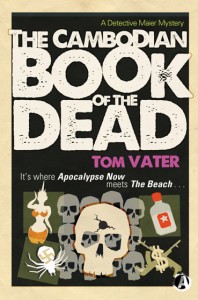 What is the title of your book?
The Cambodian Book of the Dead
What is the one-sentence synopsis of your book?
German detective Maier travels to post-war Cambodia to find the heir to a Hamburg coffee empire only to uncover a conspiracy that leads for the country’s Killing Fields all the way back the concentration camps in Europe.
What genre does your book fall under?
Mystery, crime
Where did the idea come from for the book?
I visited Cambodia as a journalist countless times for more than a decade and published numerous articles and several non fiction books about the country. Cambodia is a complicated and twisted place, a real basket case of a country and I felt I could get closer to the truth with fiction than with reportage.
How long did it take you to write the first draft of the manuscript?
Three months.
Who or what inspired you to write this book?
I love the country and I know it quite well. I was looking for a place to set a first mystery novel with a German detective. Cambodia is excellent fertile ground for a dark story, a place where Apocalypse Now might meet The Beach. Further titles in the series will be set in other Asian countries.
Will your book be self-published or represented by an agency?
The Cambodian Book of the Dead will be published worldwide by Exhibit A in June. A second Maier Mystery, The Man with the Golden Mind, will be published by Exhibit A in early 2014.
What other works would you compare this book to within your genre?
The Bernie Gunther novels by Philip Kerr. Some of Robert Wilson‘s titles.
What actors would you choose to play the part of your characters in a movie rendition?
Ewan McGregor
What else about your book might pique the reader’s interest?
Detective Maier is an odd protagonist, a German PI and former war reporter working around Asia. And The Cambodian Book of the Dead is as much historical novel as it is a thriller. As soon as Maier arrives in Cambodia, his search for the young coffee magnate leads into the darkest corners of the country’s history and back in time, through the communist revolution to the White Spider, a Nazi war criminal who hides amongst the detritus of another nation’s collapse and reigns over an ancient Khmer temple deep in the Cambodian jungles. Maier, captured and imprisoned, is forced into the worst job of his life – he is to write the biography of the White Spider, a tale of mass murder that reaches from the Cambodian Killing Fields back to Germany’s concentration camps – or die.

The Irrawaddy Literary Festival – A Mirror to Burma’s Continuing Uncertainties