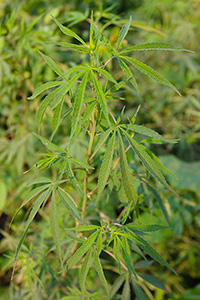 … but how green will the kingdom’s ganja trade be?

In July, Thailand is set to remove cannabis and hemp from the country’s narcotics list. Eco-Business explores the likely environmental and social impacts of the cannabis trade in the first Southeast Asian country to legalise weed.

Thailand’s high-end hotels serve cannabis cocktails, spas work with cannabis oils and swanky restaurants have cannabis-laced curries on their menus. Supermarkets sell bags of cannabis leaves and cannabis-themed cafés are all the rage. In May, the country’s public health minister Anutin Charnvirakul announced that he would distribute one million cannabis plants for household cultivation once the necessary legislation passes in June.

Cannabis, a plant species to which both marihuana and hemp belong, has been an integral part of Thai cultural life for centuries. The plant has long been used as a spice in soups and as traditional medicine against a range of illnesses, while Muay Thai boxers wrap strings of hemp around their fists for protection.

But cannabis has been illegal in Thailand for almost a century….