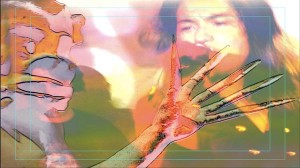 Wysoudil produced this ripping timelapse video of Bangkok´s noisiest Rock’n’Roll band performing Nothing Can Bring Me Down, the forthcoming Learjets vinyl single, out in May on Metal Postcard (HK). The clip is entirely put together from stills images of the band performing in Bangkok in March, juxtaposed with city scenes also shot by Wysoudil.

The Learjets, fronted by the incredible show-stopping Om Chantakahn aka Pussy have been playing a series of club shows in the Thai capital, adding much needed adrenaline to Bangkok’s tiny independent music scene, and will soon be exporting their Asia tinged garage sounds to China.

The Learjets’ first single, featuring The Twilighters’ Nothing Can Bring Me Down (a 1960s Texas garage classic) on the A Side and The Learjets’ own Itchy Skin on the B-Side, is currently being remixed in Thailand and Germany and is due to be out in May.