I’m a writer and journalist with an eye on South and Southeast Asia. I first visited beautiful, land-locked, and sleepy Laos in 2000, as the country reluctantly reemerged from post-revolutionary isolation. I researched and co-wrote The Most Secret Place on Earth, a feature documentary on how the CIA created a clandestine army to fight Laotian and Vietnamese communists, rigged elections, and eventually destroyed much of the country with carpet bombing. This slice of secret history forms the narrative backbone of my novel. The Man with the Golden Mind is a spy thriller, as well as an ode to one of the most isolated countries in the world.

Check out my favorite books on Laos.

Buy my Laos set novel The Man with the Golden Mind. 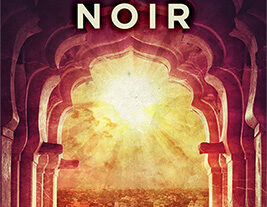