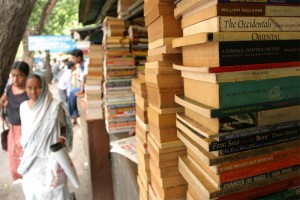 Many Asian governments don’t like their citizen to discuss their country’s history, culture, politics or current affairs. Severe restrictions, both in the form of laws as well as unwritten rules, suppress civil society entering into a dialogue with itself. Powerful elites introduce taboos of expression that one may cross only at one’s peril. In China, Vietnam, Cambodia, Laos and Thailand, artists and writers are routinely stifled, coerced or simply stopped from working, publishing or distributing their work. Just a few days ago, the Thai government upheld a ban on a movie adaptation of Shakespeare’s MacBeth, entitled Shakespeare Must Die, because, the Ministry of Culture, notorious for its narrow definition of ‘Thainess’, felt that the film might cause divisions in society.

That’s not to say all Western nations are shining examples of free expression –  the narrow political spectrum of the main political parties in most European democracies, as well as in the US, or, more specifically, the unconstitutional ban on burquas in France or minarets in Switzerland, or the secret detention centers run by the US around the globe where men are kept stumm for years, are good examples of how we limit opinion in our own cultural backyards. But right now, I’m talking about Asia.

In recent years, the world’s largest democracy, India, appears to become increasingly less tolerant of what one might call progressive opinion. The  fate of the Indian artist M.F. Husain, one of the most celebrated and internationally recognized Indian painters of the 20th century, is a case in point. Husain, whose career spanned seven decades, failed to attend a court case relating to alleged obscenities in his paintings (of nude Hindu deities) and incurred a non-bailable warrant. Coupled with death threats from Hindu extremists, he judged his return to his homeland as too dangerous and went into exile in 2006. One of India’s greatest national treasures, Husain died in the UK in 2011.

The well-known British writer Patrick French who has published several acclaimed non fiction titles on India, wrote an essay in The Hindustan Times, which discusses the history of foreigners writing about India, all the way from the almost fatal visit by Chinese Buddhist monk Xuanzang in the 7th century to the rather less pressingly risky efforts by foreign writers in the present day.

And surprisingly, India, country of a million opinions, appears to be of the opinion that foreigners should not comment. That enough Indian writers are currently analyzing the ups and downs of the subcontinent.

Of course, French earns his bread and butter from commenting on India’s past and present culture  and its interaction with the larger world and offers a brilliant analysis of writing about India as well as some great insights into how foreigners are currently perceived on the subcontinent. Should conservative Indian intellectuals, writers and campaigners for orthodox norms win out, the country may one day resemble its much more autocratic north-eastern and far eastern neighbors.

Jaipur’s Stones – Tom Vater talks to the Kasliwal family, jewelers to the stars