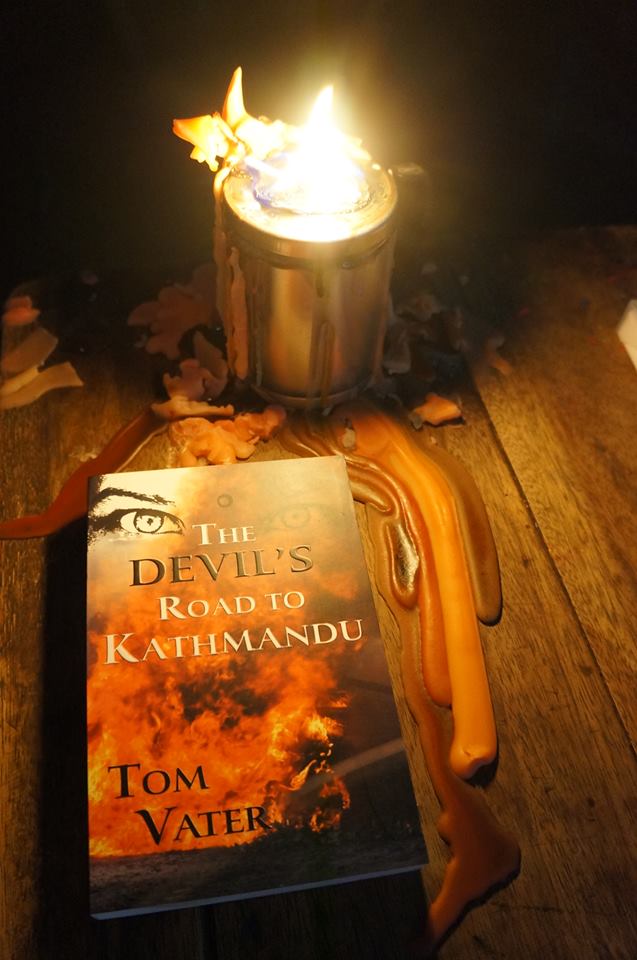 The first edition of The Devil’s Road to Kathmandu, published in 2005 by Dragon’s Mouth Press in HK.

The novel about a drug deal gone wrong on the 70s hippy trail between Turkey and India has since been republished by Crime Wave Press and there’s a Spanish translation published by Editorial Xplora.

‘The Devil’s Road To Kathmandu’ is a tense, fast paced and kaleidoscopic pulp thriller, following the lives of two generations of drifters who become embroiled in a saga of sex, drugs and murder on the road between London and the Indian subcontinent. In 1976, four friends, Dan, Fred, Tim and Thierry, drive a bus along the hippy trail from London to Kathmandu. En Route in Pakistan, a drug deal goes badly wrong, yet the boys escape with their lives and the narcotics. Thousands of kilometers, numerous acid trips, accidents, nightclubs and even a pair of beautiful Siamese twins later, as they finally reach the counter-culture capital of the world, Kathmandu, Fred disappears with the drug money. A quarter century later, after receiving mysterious emails inviting them to pick up their share of the money, Dan, Tim and Thierry are back in Kathmandu. The Nepalese capital is not the blissful mountain backwater they remember. Soon a trail of kidnapping and murder leads across the Roof of the World. With the help of Dan’s backpacking son, a tattooed lady and a Buddhist angel, the ageing hippies try to solve a 25-year old mystery that leads them amongst Himalayan peaks for a dramatic showdown with their past.

The Devil’s Road to Kathmandu is a better backpacker’s book than The Beach. – The Bangkok Post

The Devil’s Road to Kathmandu is a great read. – The Nepali Times

Vater sets scenes on a razor edge, catastrophe, oblivion and unbridled passion waiting for these volatile characters to lose their balance…. Multiple narratives and parallel plots give this book breadth and depth – quite a mind trip, actually, and a rather addictive read. – Lifestyle + Travel