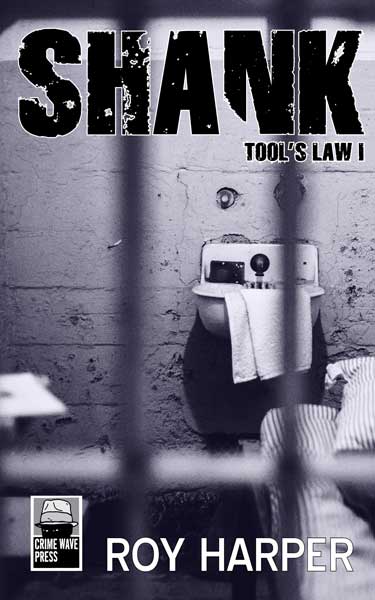 SHANK – An explosive thriller by one of America’s most wanted outlaws!

Check out a short film by Roy Harper on his explosive debut novel.

David “Tool” Roney is a dangerous man with a moral code. Stuck in brutal Parchman Maximum Security Prison in Mississippi, doing life for armed robbery, and abused by his guards, he is consumed by only one thing – escape.
His plotting pays off, and together with two other inmates he breaks free. But escaping and staying free are two different things.
Tool hits the road with only one thing in mind – to return to the prison and to take vengeance on his tormentors. That’s Tool’s Law. But then he meets a girl called Rose.
With the police on his heels, injured and deep in the Mississippi woods, he has no choice but to trust her. For once good fortune is on Tool’s side, the girl turns out to be a bit of an outlaw herself and nurses him back to health.
But his demons will not let go, he hunkers for revenge and engages in several robberies to make money. And while the ex con slowly opens his heart to his Rose, his old habits take a long time to die. Rose, keen to hang on to her man, makes Tool an offer he can’t refuse – his own shack, deep in the woods, far from the arms of law enforcement. Tool is more than happy to take her up on it.
But will it be enough to give up his plans for revenge and his career of crime and carnage?

Shank is an archetypal Great American novel as well as an existentialist meditation on imprisonment and a gripping pulp story. The writing is clean and clipped, the pacing is breathless. The action and the story’s tragic background roll seamlessly together into a steam train of a novel. If Mark Twain, Jean Paul Sartre and Richard Stark had spent creative time in a prison yard, this is what they might have come up with