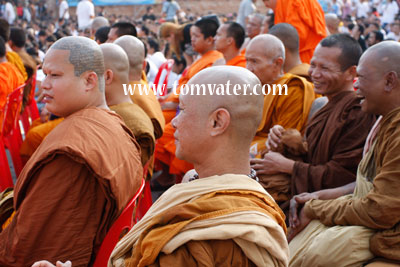 Every year in March, thousands of Buddhist devotees gather at a temple an hour west of Bangkok to worship and celebrate one of Thailand’s strangest cults: At Wat Bang Phra, Buddhist monks use long needles to tattoo magic images and prayers on the believers’ skin. The tattoos are believed to give the wearer protection, especially against bullets and knives, and bring financial luck.

The following story has been published in FHM, Maxim, Fortean Times, The South Eastern Globe and a couple of other publications, but I went along once more this year to take another look. As before, the atmosphere at Wat Bang Phra was electric, the festival is still very much a genuine grass roots event and there were many of familiar faces amongst the devotees.

The crowd carries on regardless. Several of the men are possessed again and again. They get up, they contort, they scream. Some turn into different animals each time. They run in a straight line towards the stage. They run into the boys in white T-shirts, they bash into the soldiers. The mad men struggle and go limp. The monotone voice of a priest drones from tannoy speakers. When he pauses, there is total silence but for the cries of the currently possessed. The fattest, meanest bad man in the crowd has joined the boys in front of the stage to help catch the incoming lunatic missiles. It’s a gig. It’s a great show. It’s the final attack. The tattoo monks and the current abbot of Wat Bang Phra have climbed onto the stage. Monks and laymen drop candle-wax into a huge silver vat to make holy water. The abbot grabs a hose-pipe and sprays the crowd, which surges to the front. Everybody is up, pushing and pulling. Some are possessed, others not. Towards the stage, the crowd gets very dense, people start getting squashed. Here and there, men suddenly go beserk, scream in rage and push those around them. The heat is intense. The holy water rains down on the crowd. The tigers, Hanumans, hermits, snakes and elephants turn into young outlaws with heavy skin problems. 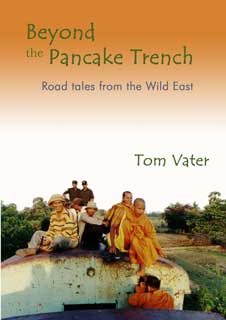 3 thoughts on “From the Archives: Wai Khru Day – The Wat Bang Phra Tattoo Festival in Thailand”