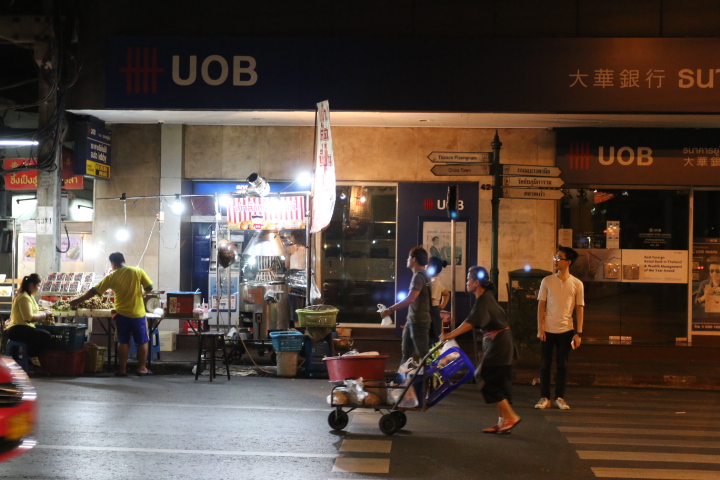 My thoughts on the imminent demise of Bangkok’s incredibly varied, often delicious and pretty cheap streetfood in today’s Daily Telegraph.

“Since the May 2014 military coup, Bangkok has been gradually changing from a chaotic, bustling happy-go-lucky south-east Asian capital with a hedonistic bent into an increasingly drab and orderly bargain basement version of Singapore,” said Tom Vater, our Bangkok expert.

“Street food lies at the heart of this development. The more than 20,000 street food vendors who currently face eviction have long been one of the city’s major attractions and Bangkok is regularly cited as one of the world’s street food capitals.

“Nonetheless, cleanliness issues, control and security concerns are the ruling military junta’s priority and so all street food must go. The vendors have not been offered adequate alternatives and the hundreds of thousands of poor who make the city run – from cleaners to taxi drivers – will no longer be able to afford to eat in downtown Bangkok.

“The tragedy is twofold – tourists will no longer enjoy delicious, cheap eats and Bangkok’s hardest working people will be pushed out of the city. What this will do to public and private services in the long run is anyone’s guess.”

Pussy & The Learjets – A Short Documentary by Gerhard Joren