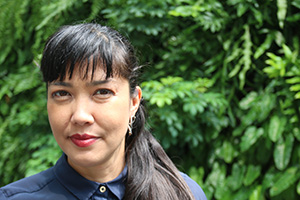 My latest story in Nikkei Asia.

I interviewed Thai film director Pailin Wedel about her Netflix doc, The Trapped 13, which features interviews with the teenage survivors of the 2018 Tham Luang cave drama in northern Thailand.

“This is a true story of hope and about how hope and faith paid off. It’s about radical hope. The Tham Luang cave story appeals to so many people because there’s so little hope in the real world,” says Pailin Wedel, the Thai American director of “The Trapped 13 — How We Survived The Thai Cave,” a documentary feature released on Netflix on Oct. 5.

In late June 2018, the Wild Boars — 12 footballers aged between 11 and 16, along with their 25-year-old coach Ekkapol Chantawong, entered Tham Luang Nang Non Cave near Mae Sai, in Chiang Rai province, northern Thailand. Within an hour of the team’s entry, heavy rainfall flooded the cave and drove the children and their trainer deep into a complex network of tunnels.…

The Man with the Golden Mind live debut

Tom Vater reports for the Southeast Asia Globe: Postcard from a War Zone