My latest reportage is a long read on the island of Koh Phangan in Thailand, with eye witness accounts going back to the 1940s.

I arrived on Koh Phangan on March 17th 2020 to update a German language guidebook on the Gulf islands. A few days after my arrival, the update was canceled, thanks to Covid 19. Two weeks later, Thailand closed its international borders. They remain closed.

Not keen on returning to Bangkok, I stayed on Koh Phangan for more than four months with my partner Laure Siegel with whom I wrote several stories about life on the island and on the future of tourism and conservation.

I was really pleased to be given the opportunity to write a long piece on the island, which I’ve visited since 1995 and whose history is fascinating. Travelfish raised money for their long reads through a crowd funding campaign, a great strategy for independent publications who want to pay their freelance contributors fairly. 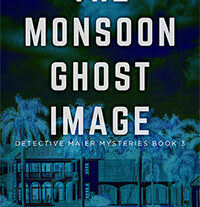 The Best Books on Thailand