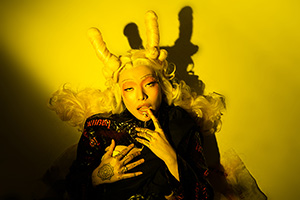 Known for her “dystopian pop”, Pyra has been driven out by Thailand’s conservatism

The video is captioned “UGLY TRUTH ABOUT THAILAND”. Peeralada Sukawat—better known by her stage name, Pyra—looks into the camera and rolls her eyes. “Bangkok babies in Mercedes,” she raps over looping drums and a synth beat. “Rich gets richer, poor gets poorer,/Inequality’s a bitch, this place is gettin’ shittier.” Unable to perform during lockdown, the musician took to TikTok to release short clips in which she criticised her country’s inequities and what she called the “dictatorship regime”…..

Listen to the full story at The Economist Podcast.