2011 proved to be a mad, mad year for me and I’d like to thank all the people who supported me over the past twelve months. Living it all was almost too much. Here’s to the great times this year.

The publication of Sacred Skin, the first book on Thailand’s sacred tattoos, was a major milestone for me – I  wrote a great text on the country I have spent much of the past decade in.

Spending time with tattoo masters and devotees and working with my wife, photographer Aroon Thaewchatturat, on this project was a real privilege and we managed to create a beautiful artifact of which I am inordinately proud.

Sacred Skin has been reviewed in more than 20 publications including TIME Magazine, El Mundo, Die Zeit and CNN and has been subject of two documentaries on French and German TV, directed by Marc Eberle and featuring interviews with James Nachtwey.

Read an interview with me on Sacred Skin at Bangkok 101. 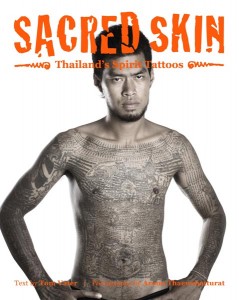 Since 2010, I have also been working on a guide to Bangkok for British broadsheet The Daily Telegraph (http://www.telegraph.co.uk/travel/destination/thailand/bangkok/35950/Bangkok-city-break-guide.html).

I update the online guide every three months to include what’s happening in my city and recently took part in a Telegraph webchat. Extracts of the guide are periodically featured in the paper’s print edition.

Print journalism may be almost dead but other newspaper and magazine clients this year included The Times, Geographical (The Royal Geographical Society Magazine), Silverkris (Singapore Inflight) and The Asia Wall Street Journal.

I spent the summer in India at the incredible Z Hotel in Puri where I authored Cambodia, a new book on the country by Lonely Planet photographer Kraig Lieb, which will be published in 2012.

Thanks to Debu, Chiko, Jun, Kaka and the gang at the Honey Bee for great times and jungle rides and to all the babas of this world for walking right past me.

And just a few weeks ago, the official DVD of  Marc Eberle’s The Most Secret Place on Earth, the seminal feature documentary on the CIA’s covert war in Laos, for which I co-wrote the screenplay, was released. Sadly in German only. 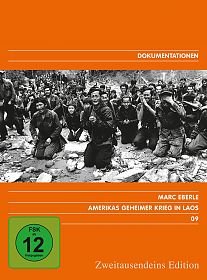 I also took some time off from writing to join Pussy & The Learjets, Bangkok’s noisiest RocknRoll band, for a string of packed out and sweaty dates around the Thai capital.

The Learjets released a 7″ vinyl picture disc with Metal Postcard in Hong Kong and was subject of two short films.

Photographer Gerhard Joren captured the band’s very first show in this excellent short documentary, while Wysforce from Austria produced a killer video for the single A-Side Nothing Can Bring Me Down. 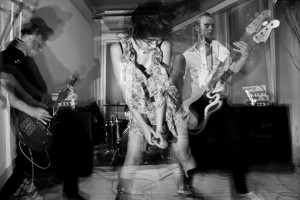 In between all this, I found time to travel around Thailand, Cambodia, Laos, India and Nepal, witnessed Bangkok’s phenomenal floods, took part in my city’s very first Literary Festival and gave talks about Sacred Skin, together with Aroon Thaewchatturat at Thailand’s National Museum, Bangkok’s Indian Cultural Center and The Space, the Thai capital’s trendiest art space.

As I continue to devour huge amounts of trash fiction, I started a blog on my literary rantings, The Devil’s Road.

The most notable books I read this year were Massimo Carlotto’s Death’s Dark Abyss and Chris Taylor’s Harvest Season, which I reviewed for the Wall Street Journal.

If all that was not enough advertorial, here is some more….I was interviewed about my work by Dasa Books this year.

Read the low down here.

2012 promises to be a crowded 12 months as well, starting with researching a brand new book to the Angkor temples for Moon Guides/Avalon Publishing in the US.

Need a writer with 15 years expertise in Asia?  ….get in touch!!

The Bangkok Publishing House in The Daily Telegraph