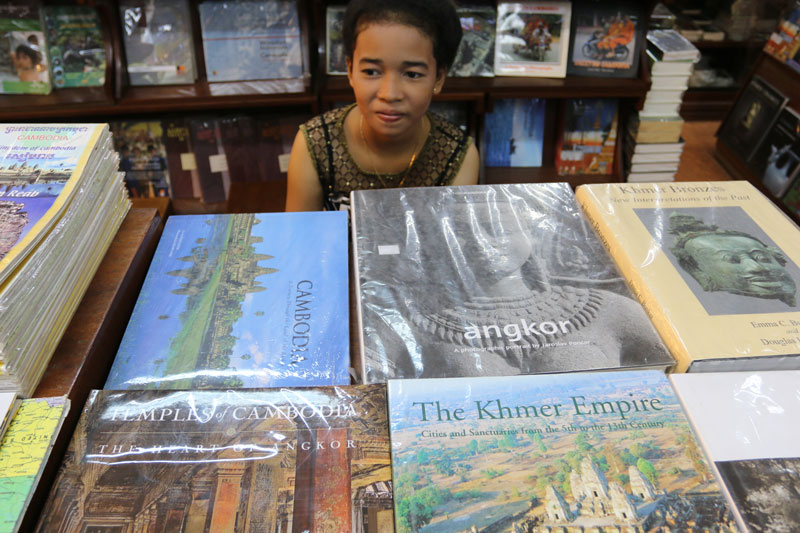 Cambodia: Journey through the Land of the Khmer , photographed by Kraig Lieb, with my text, is doing well in Siem Reap bookshops.

Cambodia: a Journey through the Land of the Khmer throws the doors to this small Southeast Asian kingdom wide open and invites both visitors and armchair travelers on a trip through the history and landscape of Cambodia while introducing the country s people, their unique and resilient culture and colorful festivals. Cambodia s temples are legendary the Angkor Empire ruled much of Southeast Asia from the 10th to the 15th century and its ancient monuments left to us today are a sublime dream in stone, a Herculean effort in craftsmanship and a tour de force of the imagination.

From the world famous Angkor Wat, the largest religious building in the world, to the gigantic capital city of Angkor Thom and to lesser known ruins of Beng Melea and Ko Ker, hidden deep in the Cambodian jungle, acclaimed Lonely Planet photographer Kraig Lieb has scoured Cambodia s architectural treasures for more than twenty years to cover all aspects of one of Asia s greatest civilizations and most intensely productive cultures.

But there s more to Cambodia: a Journey through the Land of the Khmer than architectural splendour. The book is also a journey through the kingdom s countryside which is almost as dreamlike as its monuments traditional farm and river life carries on as it has done for hundreds of years, people live by the rhythms of nature and season. Cambodia s smaller cities and towns as well as its beaches, stretching from Thailand in the West to Vietnam in the East, have been barely discovered. Beyond the temples, Kraig Lieb takes us on a visual journey to the most attractive corners of Cambodia s capital Phnom Penh, called the Pearl of Asia by the French – a bustling, attractive city crammed with colonial and modernist architecture, busy temples and thriving street markets.

Cambodia: a Journey through the Land of the Khmer brings the kingdom to life, presenting festivals and lively street scenes, sumptuous rural vistas and a close look into the country s tragic recent history.

For those who can’t find it in a shop, there’s always Amazon.