This story was originally published in my anthology Beyond the Pancake Trench, available at my Amazon Store, as Paradise Lost – How the Wild East is turning into a Trailer Park.


There is a valley in the Himalayas so beautiful, that Shiva, Deity of 1008 names, Destroyer of the Universe, without Whom creation could not occur, was mesmerized when he came upon it, and decided to stay and meditate on one of its high meadows for 3.000 years.

Shiva, also known as the Lord of Yoga, dweller of the highest mountain range in the world, sat, in the form of a naked ash-smeared Sanyasi or Naga Sadhu, his hair matted, his hands clamped round the smoking clay-cone of a chillum packed with charas (hashish), as seasons came and went. One day he looked out over this untouched, perfectly sculpted landscape and came to name it after his consort, Parvati.

The Parvati Valley, which runs north from the Beas River towards the main Himalayan range for a hundred kilometers, is narrow, craggy, densely forested with pine and fir trees and flanked by snowcapped rocky peaks. The icy and roaring Parvati River slices a deep gorge into steeply terraced apple orchards and corn fields that have been cut into the lower slopes of the valley.

In the middle ages, presumably after Shiva’s departure, Rajputs and Thakurs ran rival fiefdoms in the area. The British left the valley to its own devices. Western adventurers and mystics are said to have passed at the beginning of the 20th century. Nicholas Roerich, Russian painter and all round cultural sage, explored the valley, as did, supposedly, J.R.R. Tolkien.

In the 1970s, 80s and 90s, when the hippies in search of a higher mountain discovered Manali and the Kullu valley, Parvati continued to linger in quiet obscurity.

Things in Parvati are a little strange, eclectic and sometimes downright dangerous. Much of the area’s Charas was grown or harvested here. The upper reaches of the valley are ‘police-free’, the authorities clinging to the end of the road, rarely venturing up on the small trails that criss-cross the valley. This is ‘Deliverance’ country.

Even today, Malana, a village of 500, has its own language, government and caste regulations so strict that any outsider who touches anything in the village is bound to pay a hefty fine.

As there was no tourist infrastructure in the valley, the only outsiders who made it up here were hashish aficionados, drug traffickers, tourists who had renounced and thrown away their passports to live as sadhus (ascetic holy men) in caves and other dysfunctional westerners who were seeking a lawless playground, far from the eyes of the world.

When I first visited the upper reaches of the valley in the mid-nineties, these different interest groups had seemingly grown into one. Dredd-locked, heavily tattooed Westerners with ascetic leanings would shift sacks of charas around the valley, build their own houses on land leased from locals and ride their horses up and down the steep hillsides. It looked great, piratical, anarchic, free, a refuge for late 20th century flotsam, apparently away from the greater society of man, semi-integrated into the archaic world of a deeply conservative local mountain culture, regulated by caste hierarchies and family allegiances.

And Parvati exacted a price for all these roguish on-goings. Between 1996 and 1998 more than a dozen westerners – lone trekkers, young idealistic hippies or just plain unlucky visitors – disappeared from the valley.

In 1997 I met a mother in the small village Kalga, accompanied by police, desperately looking for her son, who had gone missing in the area some months previously. The villagers and foreign residents were less than cooperative with the poor woman, perhaps because she chose to involve the local authorities, who are also allegedly involved in drug trafficking.

Charas producers, wandering sadhus and gaddis, the tribal nomads on the upper reaches of the valley, have been blamed at various times.

Five years have passed since this last visit. The road has been extended to an altitude of 2.500 meters and two hydroelectric projects – in a government-private sector partnership – have been completed. At least two more are planned. The road has brought workers, petrol fumes and some consumer products to the valley. But as I walk up the valley, I don’t find those incursions as depressing as I had expected. There are still dozens of side valleys, untouched and densely covered in forest.

The shock came when I reached Kalga, formerly a pastoral hamlet of nine family homes and half a dozen huts built by aforementioned outlaw foreigners, clinging to a plateau high above the road.

The first thing you come across now, as you reach the village, is the Star Lounge Restaurant, complete with snooker table and a small shop that sells everything from Coke to Rizlas. Many of the apple orchards, wheat and mustard fields have made way for restaurants, shops and tea stalls. The houses of the old residents have been knocked down to make space for larger buildings. In all about twenty-five guesthouses have been built in Kalga.

And there are not nearly enough toilets to go around.

When Kalga was a sleepy hamlet of a handful of houses, locals and foreigners used designated fields and hillsides to relieve themselves. Now the hills around, below and above the village are covered in shit, literally. The human feces are easy to spot. As a rule, a crumpled flag of toilet paper, another novelty and sign of progress for Kalga, is firmly attached to the scene of the crime or waves limply in the crisp mountain air, stuck to a branch, tree or even the so much revered ganja plants that grow everywhere.

My friend Sanjeev, who has been running a tea stall here for 14 years, has tears in his eyes when he talks about the village. “Himalaya changing. Time goes quickly, no catch. Jaldi, jaldi.”

He doesn’t look so fit himself on the day I arrive.

Trance parties have moved from Ko Pha Ngan in Thailand, Goa and Manali to Kalga. Most of the foreigners lounging round the guesthouses and restaurants (one called Little Italy) are young Israelis, hell bent on having a good time.

Says Razz from Tel Aviv, who has driven up from Delhi on an Enfield motorbike, “Israelis like beautiful places. When they find one, they tell all their friends. They organize parties, like last night. So of course many come to Parvati, it’s so beautiful.”

His friend Ariel agrees, “You know, we are making this valley wealthy. After the locals get used to the money that we bring, they need us to make more money. They might not like the dance music but they need the tourists. Look, along the road you can now buy or rent Enfields. In Kasol (further down the valley) you can buy all the clothes we like. Soon there will be Internet up here. Think about it, Internet in Parvati.”

And so, an uneasy industry has developed in Parvati.

Gochelia Devram owns the land on which the Star Lounge Restaurant is built. Her son runs the shop next door. She tells me she hates the music, finds the new visitors distant and arrogant. Most of all she dislikes them for defecating all over the fields and hillside, in the forest and by the rivers. When I ask her why she builds more infra-structure for the tourists, she shrugs, “Because everyone in Kalga does.”

And there are other reasons. Some of the land has been sold to outsiders and she doesn’t like to see them making money in her village. It’s easier money than slaving away in a field all day, planting onions. And the locals can sell a hell of a lot more charas this way, at vastly inflated prices, without ever having to move. Now there’s talk of building the first real hotel in the valley, ‘at least 2 star, if not 3.’

Luigi, an old resident, shrugs off the invasion, “I will move further up the valley. Many of the older residents move to other villages.”

When I ask him what he will do when those villages become overrun by middle-class suburban consumers with little respect for culture and environment, he laughs, “The tourists move with the road. For now the road is finished. It will take another ten years to build the next stage.”

On my last night, I sit with Sanjeev on the edge of the plateau under an almost full moon. The valley lies sleeping, bathed in an otherworldly light that turns the hills pale and metallic. The snow peaks ring Parvati like guarding beacons.

It looks like it might have done a hundred years ago. But the soundtrack has changed. Now Kalga seems to be caught in a groove from an old Orb album. Crickets and a child’s voice are gently underscored by the soft clicking of the snooker balls, while up on the hillside, an occasional burst of ambient techno pushes the forest noise into the lower levels of the mix.

Shiva was unavailable for comment on the current crisis on his real estate. He must have moved to higher pastures.

Postscript: This story was written in 2002 and first published in Untamed Travel Magazine. Since then, the village of Malana has burnt down and the police have arrested a number of locals in the valley for drug trafficking. The police estimate that some 50.000 acres of the area are planted with Cannabis, which has always been part of local Himachali culture and is the sustenance of choice for India’s sadhus (holy men). A few of the 50.000 foreigners who visit the wider Kullu area every year continue to disappear. Right now, searches are going on for an Israeli tourist missing in the upper Parvati Valley.

The images accompanying this story were shot in the Garhwal Himalaya by Aroon Thaewchatturat for the photo book Zur Quelle des Ganges (To the Source of the Ganges), available at my Amazon Store. 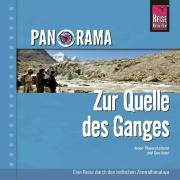